Prior to Friday night’s game at Pascack Valley, Wayne Demikoff had reminded his Wayne Hills Patriots that the 2o16 team had avenged two of its three losses from 2015, with wins over Ramapo and Old Tappan. The other loss a year ago had come to Pascack Valley, which had beaten Hills for a fifth straight time last season.

The Patriots hadn’t beaten Pascack Valley in eight years, and were 0-5 against the Indians since 2012. Wayne Hills didn’t need a lot of motivation for this game, and came through with a 42-14 win to improve to 5-1 on the season. 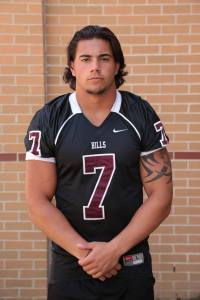 Wayne Hills, which has scored 174 points in its last four games, was led by quarterback Brendan DeVera, who threw five touchdown passes and accounted for 203 yards in the air. Two of DeVera’s scoring strikes went to Evidence Njoku, who made a tremendous catch in the end zone before falling into the Wayne Hills band, whose members were sitting behind the end zone. Two more TD passes went to Hunter Hayek, who had five catches for over 100 yards, while a fifth was to Tyler Hayek. 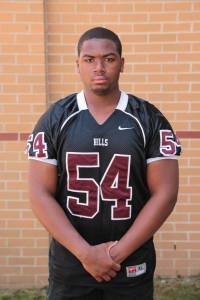 Luca Grave rushed for 173 yards and scored a touchdown when he recovered a fumbled punt in the end zone. Grave is just an incredible all-around player, and is very underrated. 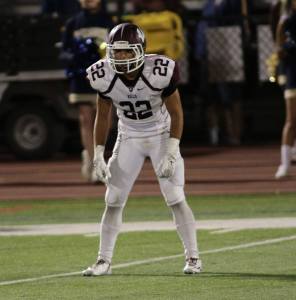 Jason Modak continues to be a force on both sides of the ball, Tyler Costello returned from a knee injury that kept him out of the Millburn game,  but there was no way he was going to miss this game, Dario Sirni hit seven more point-after attempts, Chris Ruby had some tremendous hits on defense and special teams, Ky Salley was among the team leaders in tackles and Dom DiCarlo continues to excel in the defensive secondary. 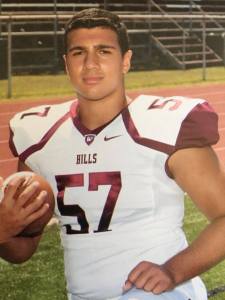 Team captain Jacob Casale continues to make incredible strides from a serious knee injury that required surgery in July. He’s been in uniform for every game and reports feeling really good, as he begins light running. 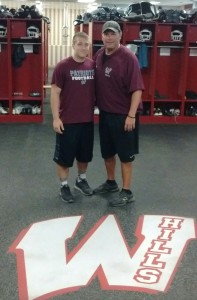 Jacob Casale, here with coach Demikoff last summer, has been working hard to recover from a serious knee injury. 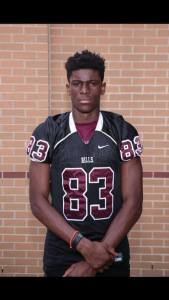 Evidence Njoku had another solid game for Hills, with two touchdown catches vs. Pascack Valley.

During the past week, when Demikoff handed out the helmet stickers for standout performances in the Millburn game, he gave out a few to Wayne Hills’ beloved band director, Matthew Paterno, who made a catch of a point-after kick in the back of the end zone, prompting some good-natured fun from the players and coaches.

“I have never given out three helmet stickers to anybody, for anything, “said Demikoff. “But today, I’m doing that for the first time, because what I saw in the back of the end zone, was unbelievable. The greatest play that maybe I’ve ever seen, and something that said this is Wayne Hills football, Mr. Paterno!”

The players all cheered, and Paterno was clearly surprised by the moment.

Wayne Hills will get a bye week, before returning to action on Oct. 21, to face Passaic Valley.

“The first six games were tough,” said Demikoff to his team. “The next six (assuming the Patriots make it to a state final) will be even tougher. And that’s just the way we want it.”

After four crazy games to start the 2016 season, Wayne Hills entered its game with Millburn on Oct. 1 as a heavy favorite, and played like it, winning 56-0.

The Patriots improved to 4-1 on the season and will visit Pascack Valley on Oct. 7, at 6 p.m. Head coach Wayne Demikoff didn’t need to remind his team that Pascack Valley has won five straight against the Patriots, and even though the Indians are off to a slow start in 2016, Hills needs to play a solid game to win.

“That’s a winning program over there,” said Demikoff about Pascack Valley. “They play hard, those kids are tough, and they’ve had their way against us over the last five games (dating back to 2012). We need a big week of practice and preparation.”

Pascack Valley defeated Wayne Hills twice in 2012 (including a playoff semifinal victory) and won regular season contests in 2013, 2014 and last year. The last two wins for PV were by a combined five points. 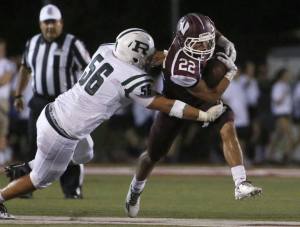 Luca Grave continues to excel for Wayne Hills in 2016. (Click on photos for larger images)

Demikoff had the chance to utilize a lot of his younger players in the second half, with the starters on the sidelines for the final 24 minutes, as Hills built a 42-0 lead by the half.

Junior kicker Dario Sirni hit all eight of his point-after kicks, tying a school record for most PATs in a single game. 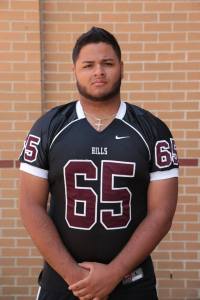 Senior quarterback Brendan DeVera started the game with a 76-yard touchdown run. He had another solid game throwing the ball and added some crushing hits on defense. 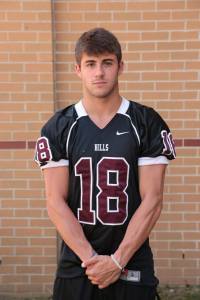 Anthony Couso had a nice game on defense, Evidence Njoku caught a touchdown pass and Hunter Hayek made a David Tyree-type of catch in the end zone for a score.

Injuries kept starters Tyler Costello and Nick Petracco out of the Millburn game, but both guys are hopeful of playing at Pascack Valley on Oct. 7.