Livingston and Caldwell, two proud high school softball programs, saw their respective seasons come to an end in the NJSIAA sectional semifinals on May 26.

Livingston was 18-11, including a pair of wins in the Essex County and NJSIAA tournaments while Caldwell finished 22-7, under veteran coach Mike Teshkoyan.

For Caldwell, the season included a Super Essex Conference Liberty Division crown, as well as advancement in the county and state tournaments. Senior shortstop Gianna Genello (Smarty Jones), who will play at Rowan University this fall, had a marvelous career. The speedy leadoff hitter set the school record for career hits, eclipsing Gina Capardi’s mark of 209 hits, which stood for a decade.

Also of note was Caldwell’s Val Murphy, reaching the 100 hit plateau for a career on the same day Genello collected hit number 200. 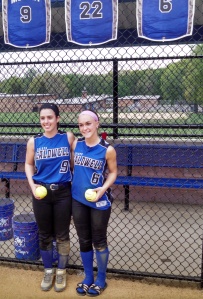 Cayla Lombardi, a senior pitcher, accounted for all 22 of her team’s wins this year. The hard-nosed Lombardi pitched best when her team needed it most. She will attend Seton Hall University this fall. and pursue a career in Nursing. (There will be more on Lombardi in an upcoming blog, looking back at her career). 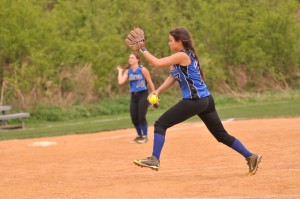 Lombardi started as a catcher in her freshman year, 2012, working with the legendary Livingston pitcher Jess Peslak (Secretariat). Peslak was a junior in 2012 and coming into her own as one of the state’s best pitchers. Lombardi and Peslak jelled almost immediately and helped the Lancers to back-to-back conference, county and state sectional championships.

“Marina is the best,” Peslak said recently. “She was so great to pitch to. Always calm, always in the right place. I had so much confidence throwing to her.” 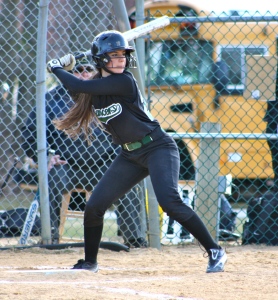 Marina Lombardi was a tremendous player for Livingston in a four-year varsity career. (Photo courtesy of Elena Lombardi)

Marina Lombardi and Caldwell’s Cayla Lombardi are cousins, and the two often played against each other, although not this year.

Passeri took over the starting pitching assignment in 2013 and was excellent in the circle the past two years. This year, she and junior pitcher Sydney McCormack (Syd The Kid) both pitched well for the Lancers. Look for McCormack to see a lot of action next year.

As for Daily, his work this season has been praised by various coaches in Essex County, including Montclair’s Phil Delgado and Andrea Mondadori Llauget of West Essex.

“Jason does wonders with his team,” said Mondadori Llauget. “Every year, he’s my candidate for Coach of the Year. He runs a tremendous program. Those kids are always well coached and prepared. Any time we can beat them, it means something to our kids, because they know how tough Livingston is.” 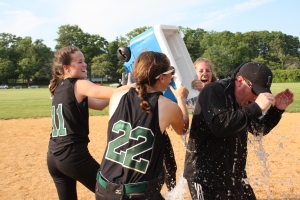 Livingston coach Jason Daily hopes to be doused again in 2016 with another championship. (Photo by Elena Lombardi)