Caldwell has drawn to within a game of .500 after two impressive wins this week against Newark Academy and Passaic Valley.

Coach Mike Teshkoyan’s team was 7-8 after winning at Passaic Valley. It has been spurred by the return of its leadoff hitter and crafty shortstop, Gianna Genello (AKA, Smarty Jones), as well as the pitching of Genello’s classmate, junior Cayla Lombardi. 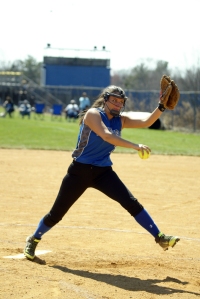 Cayla Lombardi has pitched her two best games of the season this week, according to coach Mike Teshkoyan.

Genello is a speedy slap hitter who will more than likely rewrite the Caldwell High School softball record books. According to Teshkoyan, she hurt her leg in a game against Nutley, then missed some action, before coming back to play in Monday’s win against Newark Academy. Her presence at the top of the lineup is key to Caldwell’s offensive success. She’s also a tremendous defensive player. 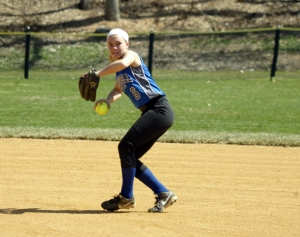 And Lombardi continues to sparkle in the circle for the Chiefs. An injury in 2013 kept her out of the lineup for most of the season, but she’s showing a lot of confidence now, mixing in off speed stuff with an improving fastball.

Caldwell has struggled a little in the Super Essex Conference’s American Division, but the Chiefs are gaining a lot of power points for the NJSIAA tournament and could garner a pretty high seed.

The Chiefs seem to be buoyed by its recent success and are looking toward what could be a good run in the Essex County Tournament. Caldwell was seeded sixth for the ECT and will play 11th seeded West Orange in the first round. A win there could put it into the quarterfinals opposite big time rival West Essex, or perhaps Belleville, if the Bucs upset the Knights in a first round game on Saturday.

“I was very happy with our seed for the county tournament,” said Teshkoyan. “I thought the committee gave us a lot of respect for our overall schedule.”

Bloomfield catcher Victoria Ross is now an official FMTC ‘stud’, dubbed Sea Biscuit. She threw out Seattle Slew (Kylie McLaughlin) attempting to steal second base on Monday, which is almost unheard of. Ross will be attending Manhattan College in the fall, where she’ll play D-1 softball. 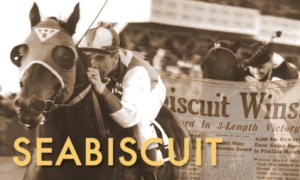 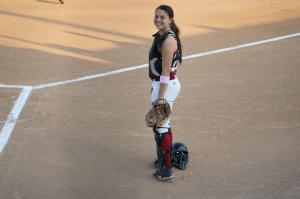 Don’t feel too bad for Slew, however. She hit a long homer in the third inning of the game with Bloomfield. The ball cleared the centerfield fence at Clark’s Pond, went through the woods and ended up on the base of the pond. An able body person retrieved it and gave it to her after the game, which Livingston won, 17-8. 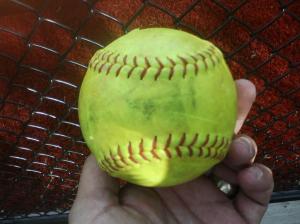